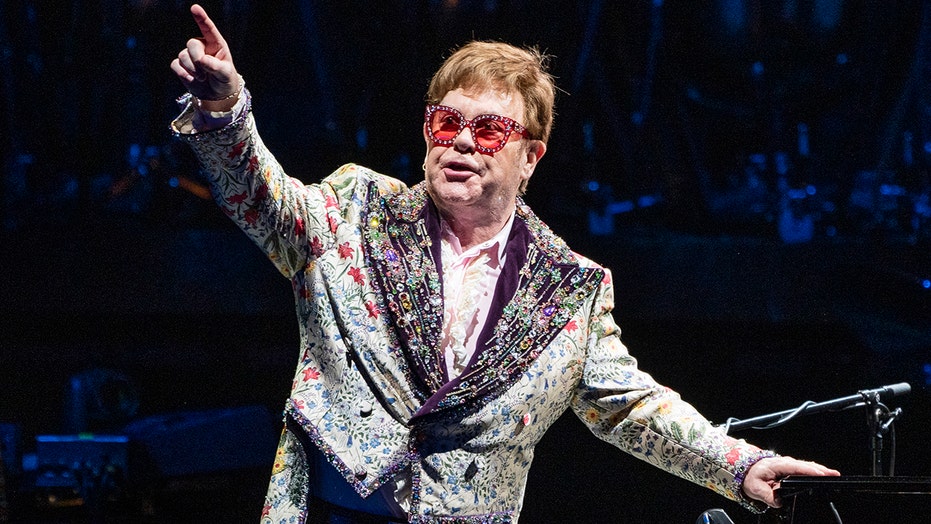 This article appeared at https://www.music-news.com/news/UK/146957/Sir-Elton-John-gave-Rina-Sawayama-s-upcoming-album-his-seal-of-approval

The ‘Tiny Dancer’ hitmaker and the 31-year-old singer previously joined forces on the hit ‘Chosen Family’, and Rina has revealed the music legend blasted out songs from her follow-up to her self-titled 2020 debut studio album on his “humongous boombox”.

Rina told The Sun newspaper’s Bizarre column: “I wrote a record during lockdown, which was really difficult.

“I felt I just didn’t have anything to write about because, like a lot of people, I wasn’t doing anything. But I managed to do it and it is coming out this year.”

She added of Elton: “We spent some time in the summer together and he has this humongous boombox which he listens to music on. I played him my songs and he loved them.”

Elton, 74, crowned Rina’s first LP his “album of the year”.  Speaking to the Japanese singer-songwriter on FaceTime for his Apple Music radio show ‘Rocket Hour’, he told her: “Hi Rina! It’s so wonderful to talk to you because so far you have made my album of the year. This is my favourite album of the year.”

The ‘Dynasty’ singer replied: “Stop it, no way.”

Elton said Rina was on his “bucket list” of artists he wanted to quiz on her music because he’s “so fascinated” by her.  He went on to say: “It’s a phenomenal record.

“We’ve been playing a lot of it on our show … you’re on my bucket list because I wanted to talk to you because I’m so fascinated about you.”

The ‘Rocket Man’ singer also praised The Weeknd’s ‘After Hours’ and Perfume Genius’ ‘Set My Heart On Fire Immediately’, but insisted that ‘SAWAYAMA’ is “the strongest album of the year by far”.  Elton also said that he could see Queen of Pop Madonna releasing the album’s track ‘Bad Friend’.He added: “It encompasses so many styles of music. ‘Bad Friend’, for example, is a song that Madonna would die for.”