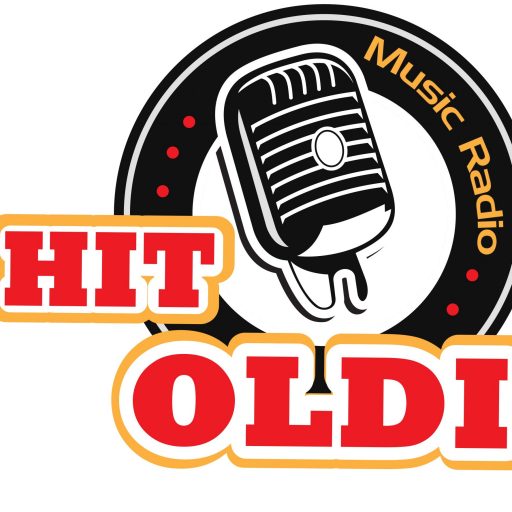 Deejays, Jocks, Presenters… no matter what you call them, these are the people behind the microphones at HitOldies! 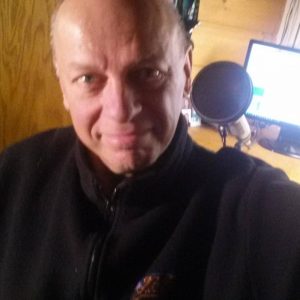 Born in french Canada, Daniel Coulombe is a child of 60’s and 70’s media. Heavily influenced by the three networks of the time and those powerful nightime radio signals beamed in from the U.S. Powerhouses such as WRKO Boston, WPTR Albany, WKBW Buffalo and WABC and WNBC in New York.

‘WCFL Chicago, the VOICE OF LABOR even beamed into my small transistor radio every night’ CKGM in Montreal was a great rocker in the 70’s and my memories of Lockwood, Burns, MaisOui Denis and Shannon are crystal clear…’

Gotta love the oldies; ‘The Web is a fabulous medium for bringing back the sounds of a great era and I’m proud to be part of the HitOldies team’

Daniel Coulombe can be heard Saturday 7-Noon and Sunday 9am-2pm Eastern on HitOldies and 88.9 CJMQ-FM 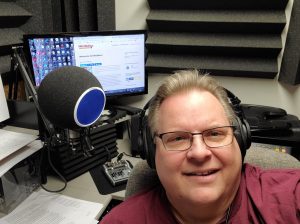 Steve Garren began in radio in the late 70s, jumping from 2 and 1/2 years at his high school 10 watt radio station, KDXL-FM, to major market radio at the tender age of 18 with his first pro gig, the summer after high school, (1979), at 50,000 watt WLOL FM in Minneapolis. Steve spent 4 years in college radio at WMMR at the University of Minnesota as an on-air personality, production director, and The sales manager of the college station, while working on his Bachelors degree, before resuming his professional career at stations including: “solid gold 1280” WWTC-AM, “20 years of great ones” KJJO-FM, KRSI-AM, and “We Talk Less and play more favorites, at Today’s Country K102” KEEY-FM.
This variety of formats has sculpted versatility in Steve’s well rounded career in major market radio. 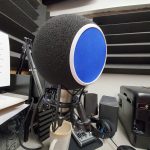 Over the years Steve has done everything from Roller rink DJ, to party DJ, to Planetarium show narration, to voice overs and radio and TV commercials.

Steve’s take on most of the recent radio formats in today’s marketplace is that they have become robotic and lack any real personality in most cases.

Back in the 70s and early 80s, (Steve’s stomping grounds)…, personality radio still existed. A love of a good time and turning up the studio speakers really loud to enjoy the music has driven Steve throughout his broadcast career. Having fun on the radio and offering up an upbeat slightly different… lighter take, make Steve a personality that is sure to make your listening experience a cut or two above the ho hum formulaic din that has overtaken too many radio formats. “Lets have fun and do this thing” is pretty much the attitude you can expect when Steve is spinning the tunes and looking to brighten your day. 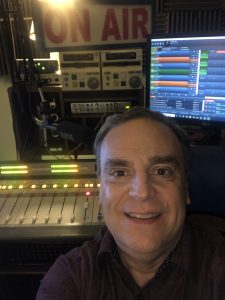 Brett has a long history in radio, going back to the days when DeeJays jockied disks! Having worked at great New England radio stations across Massachusetts including 103.3 WODS Boston during it’s Classic Hits format, Brett is the current and longtime host of Afternoon Drive on 94.7 WMAS Springfield, Mass. 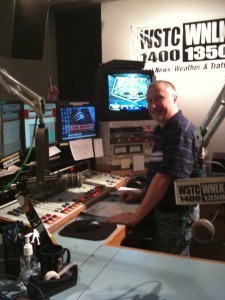 Steve West has been in radio a long time.  1980, while still in high school, as a matter of fact..

Steve comes is originally from Orange, Massachusetts.  His first professional gig was at little WCAT, a 1,000 watt candle that went off the air when the sun went down.  Weekends, at first, then eventually taking the morning drive show after graduating from Mahar Regional High School.  A partial list of stations Steve has had the chance to play on includes WFMP/WXLO Worcester Ma., KOUL “Cool 103.7” Corpus Christi, WOGY “Froggy 94“, WGKX “Kix 106” and WMC-FM 100 Memphis.

Steve West is the founder of the nation’s largest online Classic Radio museum, airchexx.com – a place where you can hear radio the way it used to sound with original recordings of the stations you grew up with!  He now hosts his own Airchexx YouTube Channel with a growing number of radio videos from the archives of Airchexx.com.  He is also the night voice at Canada’s Oldies Station, “fm108.ca” in Toronto, Ontario!

Steve is our behind the scenes guy, doing IT / Website stuff, our esteemed Music Director and hosts the actual HitOldies station.  Hear Steve West weeknights on the WBLQ Evening/Overnight Time Machine right here on HitOldies! 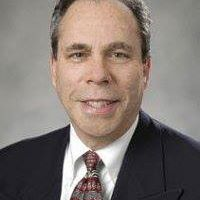 Like Daniel Coulombe and Ted Silver (Below), Isaac is originally from the Eastern Townships area of Quebec. For our visitors not familiar with the area, it’s the Sherbrooke area and surrounding small towns down to the Canada/U.S. Border at Stanstead PQ/Derby Line VT. Its from this area that Isaac, Ted and Daniel worked together at this little AM station that had a monster daytime signal and played all the hits – 900 CKTS! Today, Isaac Shane is a senior life insurance executive residing in San Diego, California. Winters are no problem, so Isaac keeps in touch with the frigid Townships and the whole world right here on HitOldies every weekend. Listen Sundays 2-4pm Eastern, and whenever the bug hits Isaac to go live!  Isaac is also heard every weekend on 88.9 CJMQ-FM 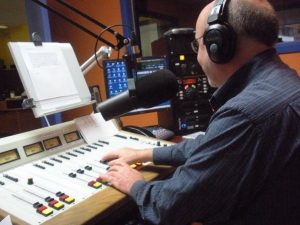 Ted Silver is the ‘senior’ member of the HitOldies staff. Currently programming 98.5 CJWL-FM Ottawa “Jewel-FM”, Ted has been programming and on air since Marconi was in diapers. In fact, Nikoli Tesla sent the world’s first email, via horse-and-buggy to Ted way back in 1888 asking him what format might best fit on the first spark-gap rig! Seriously, Ted Silver has been on many great Canadian Radio Stations, including 900 CKTS Sherbrooke and 88.9 CJMQ Sherbrooke and has been with us at HitOldies since our humble beginnings at the end of 2009. Listen for Ted every Saturday evening 8-10pm Eastern and on 88.9 CJMQ-FM 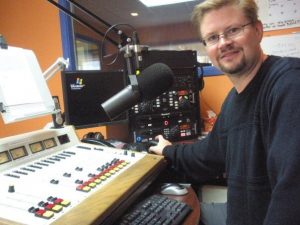 Bob Gilmore has also been with HitOldies pretty much from the beginning. Residing in beautiful Connecticut, Bob does a show called “Retro Playlist” which he still produces for special occasions. Bob is a professional engineer and has built several radio stations from the ground up. In fact, Bob Gilmore built the studios you see on ESPN!

Bob Gilmore hosts and roasts some of North America’s most celebrated broadcasters every few years at the end of the Summer. The “Tri-Annual Radio BBQ” is the highlight of the year for all of us. The last time he hosted it, he built a custom studio, installed a restored “Stereo Statesman” audio board (he did the restoration on that, too!), and broadcast the event on WRMI Shortwave along with the “Totally 70s Radio Network”.

Magic Matt Craig is from Long Island, just a stone’s throw from the Big Apple itself. That certainly helped Matt get heard in America’s #1 radio market! A veteran of WGLI on Long Island and 107.9 WEBE 108 in Bridgeport, CT, Matt has been able to live out his passion for radio!

Speaking of passion, Matt has amassed one of America’s largest collections of radio airchecks. His massive list of airchecks for trade is posted at Big Apple Airchecks. When you visit, be sure to crank up your speakers, as some of America’s top voiceover and radio personalities regularly check in to introduce visitors to his site! 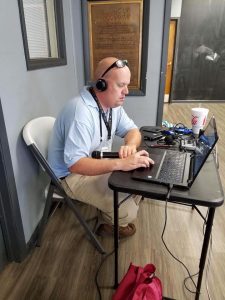 Auston has been with HitOldies since separating from the Army in 2012. He resides in Indiana with his wife and triplet sons.  Auston also serves as our backup engineer helping to keep the station up and running.