Since our re-launch on March 27, 2020, HitOldies has become known for bringing back the sounds of classic Top 40 radio.  As part of that ongoing commitment to radio excellence, we have re-created other stations.  In February of 2020, we brought back MusicRadio 77 WABC New York for one weekend.  Then came the idea to bring back WNBC’s version of WABC, a format that started during weekday overnight hours in 1987 – then expanded to holidays and weekends… the WNBC TIME MACHINE!

Our first attempt was a well-planned accident.  We never expected it to sound as good as it came out nor did we expect the enormous number of listeners to tune into our stream.  Nearly 10,000 listening hours were recorded during that first attempt at the Time Machine, and we had lots of help from former WNBC Program Director Dale Parsons.  Living in Hawaii these days, Parsons shared his old format clock, the master copy of “66 Years of WNBC”, the two hour retrospective that the station played on its final day as a New York City radio station, and fresh copies of the original WNBC Time Machine jingles… Dale also shared his recollections as PD and some interesting stories of behind the scenes at WNBC during those final years and with his guidance, we attempted to get the format right, as close as possible to exactly how it sounded on the air at 660 kHz.   Dale was along for the ride during this, our second attempt at getting the Time Machine right!   We could never have pulled this off without Dale Parsons.  His insights and knowledge were invaluable to us as we did our best to sound like the original, 66 WNBC New York!

CLICK ITEMS IN THE PLAYER BELOW TO HEAR OUR FIRST WNBC TIME MACHINE WEEKEND, MARCH 2021

At 660 in New York, WNBC was sold off to Emmis in 1988, which subsequently shut it down to make room for WFAN to move from 1050 to 660. For most who remember this station, it’s old news – the story of WNBC’s rise and fall is well documented both on this website (the list of available airchecks is via this link) and elsewhere around the web. There are also some WNBC video airchecks from our “Airchexx Classic Radio” channel, and HERE from Ellis B. Feaster’s Classic Radio channel on YouTube.

Click here to find all the original WNBC Time Machine airchecks on this airchexx.com from 1987 and 1988.

From the beginning, the idea of the Time Machine was one of replicating the format and sounds of the final year of WNBC as a radio station as closely as possible. Really, it was done simply out of the love of the format, and of the radio station in general. Amid the fun, HitOldies was contacted by Chris Dipaola, owner of Stereo 1230 WBLQ Westerly RI. Chris is a huge WNBC Time Machine fan and has even branded his radio station similarly to WNBC New York in the 1980s and even produces his own local version of the Time Machine. So it was, that HitOldies was, for one day, transformed from a pure internet station into a hybrid online-AM station during Labor Day Monday.

HitOldies invited several guests to participate in the Time Machine, including Allen Beebe, The Real Bob James, Dan Taylor and Big Jay Sorensen. Of all the original WNBC jocks invited, only Dale Parsons was able to join us.  Allen Beebe was in the New Orleans area when Hurricane Ida struck his home several days prior to the event and because he lost power, he was unable to send in the audio necessary to participate.  Big Jay Sorensen had other projects going on.  We were unable to make contact with the Real Bob James in time, and Dan Taylor is retired from radio.  However we had some OTHER great, classic Top 40 radio veterans among our Time Machine staff!  Willie B. is well known from his work on the west coast, having worked at KTNQ “Ten-Q” and KRTH “K-Earth 101” in Los Angeles, and in markets elsewhere… the Real MARK James is a New England Deejay and still doing shows for “The Totally 70s Radio Network”, and online station that’s been around much longer than the SiriusXM station of the same name… And, finally, Dick Ervasti, although (sadly) deceased, once again appeared on the Labor Day Weekend edition of the Time Machine, as we aired the two hour show he produced for our first Time Machine in March ’21 twice during our second attempt.

**ALL AIRCHECKS ON THIS PAGE RECORDED AND CONTRIBUTED BY STEVEN GREEN**
Because of the sheer amount of audio, we are going to assume you’re familiar with WNBC, Airchexx.com, and WNBC radio, and we’re not going to write about it extensively in this post. Instead, this will be the top post on airchexx.com for the rest of 2021 and it’ll be a permanent part of the hitoldies.net website. As new audio is made available, it’ll show up in the list of airchecks within the existing player! CHECK BACK OFTEN for new audio!

Please email feedback on the show to: hitoldies2020@gmail.com 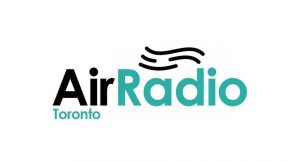